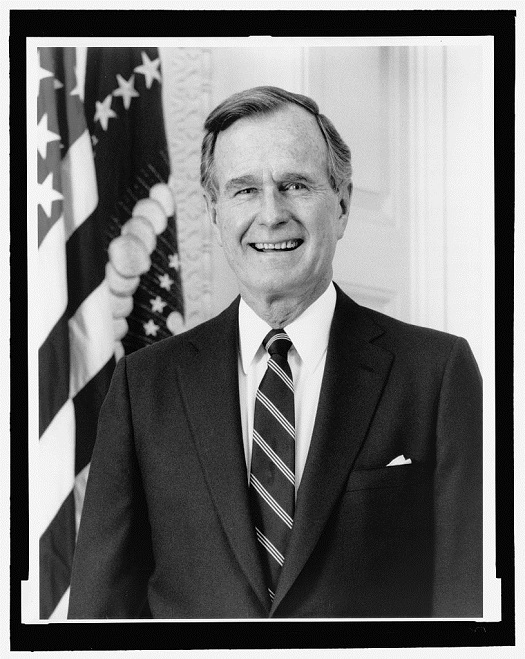 After a career in the Texas oil industry, Bush entered national politics. He was elected to the House of Representatives in 1966 and 1968: During the 1970s, he held several key government positions including United States Ambassador to the United Nations, Chief of the U.S. Liaison Office in the People’s Republic of China, and Director of the Central Intelligence Agency. 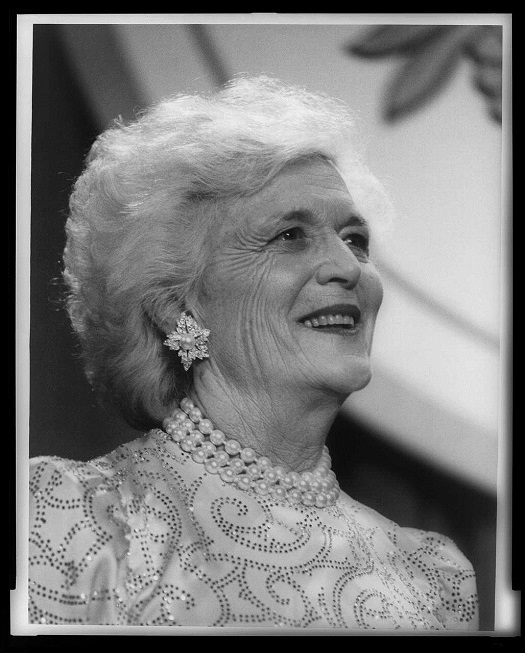 Twice selected to be Ronald Reagan‘s running mate, George Bush was elected president in 1988: As president, he guided the United States out of the Cold War, presided over a U.S. victory in the Persian Gulf, and proved an effective advocate of free trade:

Barbara Bush raised six children while assisting her husband in his business and political careers: Over the course of their marriage, Mrs. Bush organized twenty-nine family moves. Like many women of her generation, Barbara Bush volunteered in a variety of social and humanitarian causes. During her years as wife of the vice president and later as first lady, family literacy was one of the issues championed by Mrs. Bush:

George H. W. Bush died on November 18, 2018 in Houston, Texas. His passing came less than a year after the death of his beloved wife Barbara……….