…be candidly reviewed under a sense of the difficulty of combining in one general system the various sentiments and interests of a continent divided into so many sovereign and independent communities, under a conviction of the absolute necessity of uniting all our councils and all our strength, to maintain and defend our common liberties…

Monday, November 17, 1777, Journals of the Continental Congress. A Century of Lawmaking for a New Nation: U.S. Congressional Documents and Debates, 1774-1875. Law Library

Although Congress debated the Articles for over a year, they requested immediate action on the part of the states. However, three-and-a-half years passed before ratification on March 1, 1781. 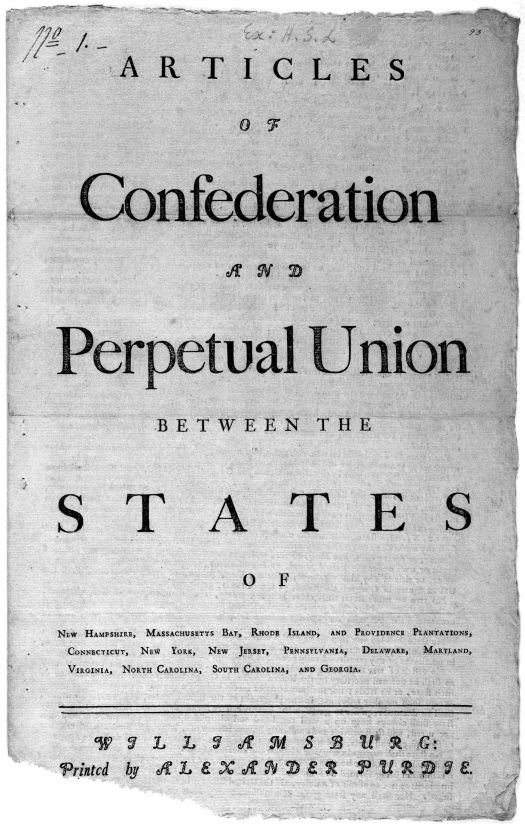 Still at war with Great Britain, the colonists were reluctant to establish another powerful national government. Jealously guarding their new independence, the Continental Congress created a loosely structured unicameral legislature that protected the liberty of the individual states at the expense of the nation. While calling on Congress to regulate military and monetary affairs, for example, the Articles of Confederation provided no mechanism to ensure that states complied with requests for troops or revenue. At times this left the military in a precarious position as George Washington wrote in a 1781 letter to the governor of Massachusetts, John Hancock.

The Treaty of Paris, which ended hostilities with England, languished in Congress for months before it was ratified because state representatives failed to attend sessions of the national legislature. Yet, Congress had no power to enforce attendance. Writing to George Clinton in September 1783, George Washington complained:

Congress have come to no determination yet respecting the Peace Establishment, nor am I able to say when they will. I have lately had a conference with a Committee on this subject, and have reiterated my former opinions, but it appears to me that there is not a sufficient representation to discuss Great National points. 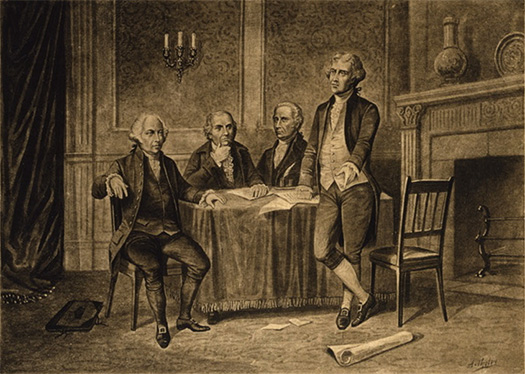 In May 1786, Charles Pinckney of South Carolina proposed that Congress revise the Articles of Confederation. On August 7, 1786, a committee recommended amendments to the Articles that included granting Congress power over foreign and domestic commerce and providing means for Congress to collect money from state treasuries. Unanimous approval was necessary to make the alterations, however, and Congress failed to reach a consensus.

In September 1786, a convention was held in Annapolis, Maryland, in an effort to deal with problems of interstate commerce. Led by James Madison and Alexander Hamilton, the delegates at the Annapolis Convention issued a proposal for a new convention to revise the Articles of Confederation.

After debate, Congress endorsed the plan to revise the Articles of Confederation on February 21, 1787.

Although ultimately supplanted by the United States Constitution, the Articles of Confederation provided stability during the Revolutionary Waryears. Most importantly, the experience of drafting and living under this initial document provided valuable lessons in self-governance and somewhat tempered fears about a powerful central government. Still, reconciling the tension between state and federal authority continued to challenge Americans from the 1832 nullification crisis to the Supreme Court’s landmark Brown v. Board of Education of Topeka decision.