#AceHistoryReport – Sept.21: On September 20, 1853: Elisha Graves Otis: His seemingly simple invention—guaranteed to stop a rising platform from falling if the ropes that held it broke—not only launched Otis’s business, but made possible the development of passenger elevators: Elevators enabled the modern high-rise building. Before 1850 most buildings were no more than six stories tall, but today’s skyscrapers range from fifty to more than one hundred stories in height: 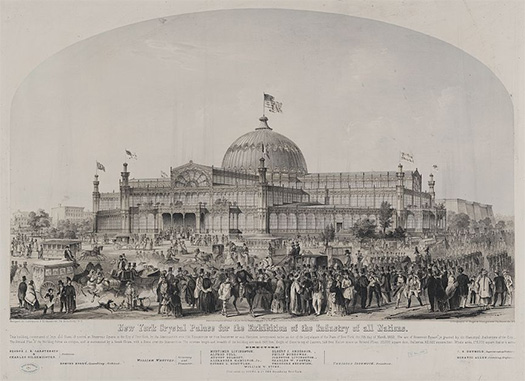 Otis opened his small enterprise on the banks of the Hudson River in Yonkers, New York, in a space where he still worked as the foreman of a bedstead factory. At first few people, including Otis himself, recognized the full implications of his new invention. He only abandoned plans to join the California gold rush after receiving an unsolicited order for two freight elevators with safety brakes. To produce them, he went into business with his sons Charles and Norton. 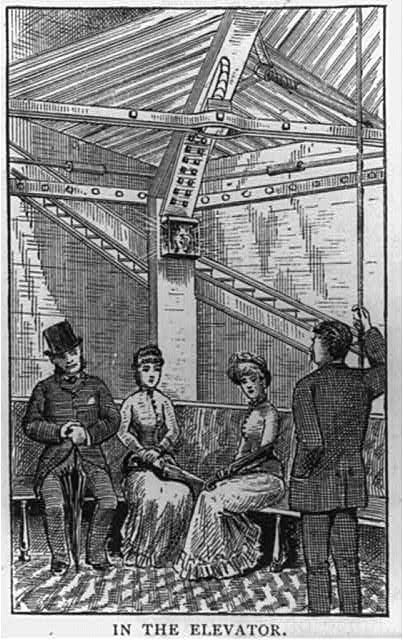 In the elevator [of the Washington Monument]. 1887. Illus. in: Hutchins and Moore, A Souvenir of the Federal Capital. 1887, p. 86. Prints & Photographs Division

Lacking further orders, however, Otis arranged with P. T. Barnum to publicly demonstrate his device at the first American world’s fair in New York City. During May 1854, as the legend goes, Otis would mount an open elevator platform installed at the center of the Crystal Palaceexposition hall, hoist himself to the ceiling, and with the dramatic flash of a saber, cut the rope. As the platform began to plummet toward the ground, Otis’ patented safety brake kicked in with a jolt and broke the elevator’s fall. “All safe, gentlemen, all safe,” became his famous refrain. This showmanship launched the elevator industry, so that by 1856 Otis’s sales totaled twenty-seven elevators. 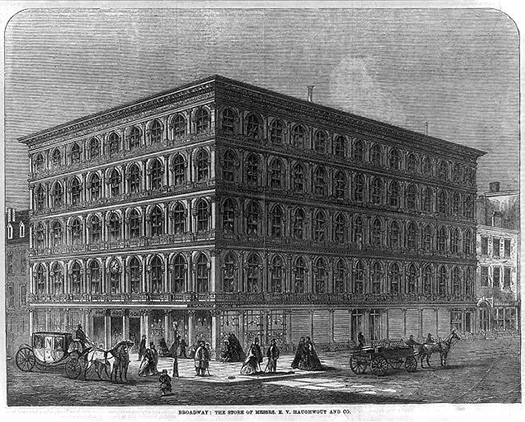 The world’s first commercial passenger elevator was installed by Otis in 1857, at the E. V. Haughwout & Company department store in New York City. Powered by steam, it rose at a speed of forty feet per minute. Early passenger elevators featured posh decorations and seating and were controlled by conductors. Hotels such as the Occidental in San Francisco, the St. Charles in New Orleans, and Congress Hall in Saratoga Springs, were among the first structures to adopt passenger elevators. A Saratoga guidebook for 1872 reported of Congress Hall that “broad, commodious stairways, with the finest elevator in the country, render every portion readily accessible… The proprietors have endeavored to incorporate into this hotel everything that can afford comfort and pleasure, at whatever expense.” 1 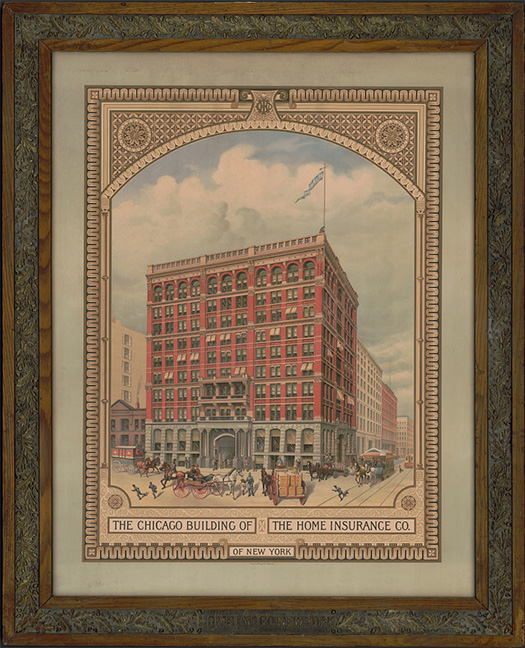 The passenger elevator paired with steel frame construction techniques made the development of the skyscraper possible. Generally considered the world’s first skyscraper, William Le Baron Jenney’s ten-story Home Insurance Company Building in Chicago was the first to incorporate steel as a structural material. Built in 1885, it was serviced by four passenger elevators. The 1913 Woolworth Building boasted twenty-six elevators; the 1931 Empire State Building required fifty-eight. The first fully automatic self-service elevators were installed in Dallas, Texas, in 1950. Twenty years later, elevators in Chicago’s John Hancock Center soared upward at 1,800 feet per minute and, until its catastrophic destruction on September 11, 2001, the 110-story World Trade Center in New York operated 252 elevators and 71 escalators manufactured by Otis. 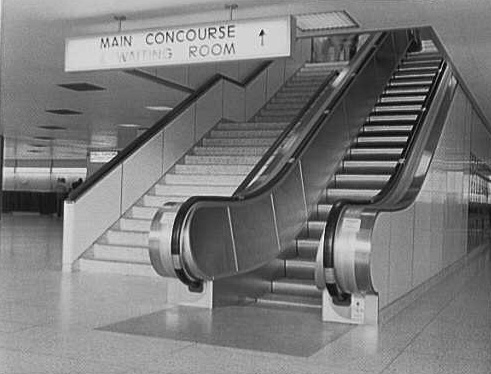 #AceHistoryReport – Sept.21: A total of 27 sarcophagi buried more than 2,500 years ago have been unearthed by archaeologists in an ancient Egyptian necropolis: They were found inside a newly-discovered well at a sacred site in Saqqara, south of the capital, Cairo: Thirteen coffins were discovered earlier this month, but a further 14 have followed, officials say: The discovery is now said by experts to be one of the largest of its kind: 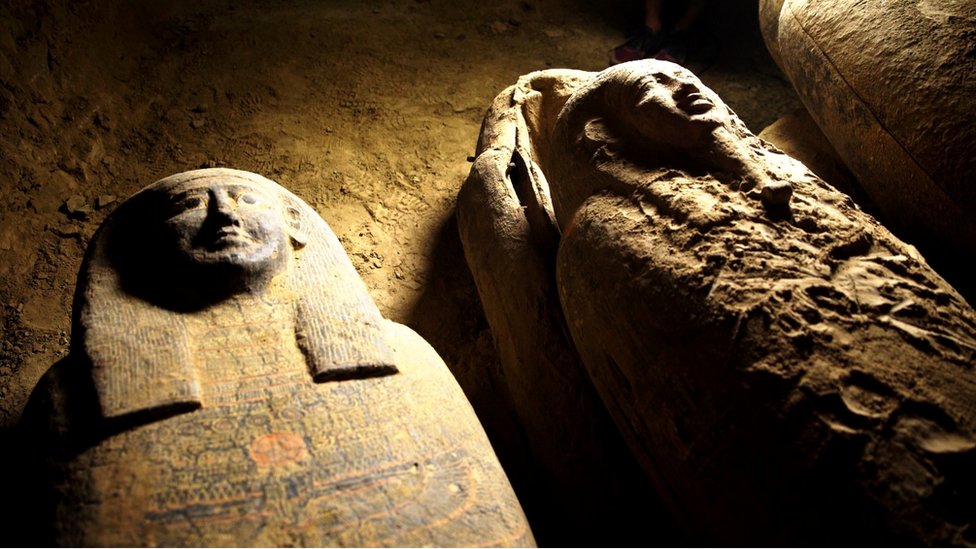 EPA
Thirteen coffins were initially discovered earlier this month, but a further 14 have been unearthed

Images released show colourfully painted well-preserved wooden coffins and other smaller artefacts: Saqqara was an active burial ground for more than 3,000 years and is a designated Unesco World Heritage Site: “Initial studies indicate that these coffins are completely closed and haven’t been opened since they were buried,” Egypt’s antiquities ministry said in a statement on Saturday: The statement adds that Egypt’s Antiquities Minister Khaled al-Anani initially delayed announcing the find until he could visit the site himself, where he thanked staff for working in difficult conditions down the 11m-deep (36ft) well:

Excavation work is continuing at the site as experts attempt to establish more details on the origins of the coffins: The ministry said it hoped to reveal “more secrets” at a press conference in the coming days: Other artefacts discovered around the wooden coffins also appeared to be well-crafted and colourfully decorated:

In November, a large cache of mummified animals discovered in 2018 by archaeologists near the Step Pyramid of Saqqara were displayed to the public for the first time: The discovery included mummified cats, crocodiles, cobras and birds: https://history2research.wordpress.com/2019/11/24/featured-report-egypt-sky-news-ministry-of-antiquities-reveals-recently-discovered-animal-mummies-saying-they-contain-lion-cubs-among-other-animals-found-in-pyramids-acehistorydesk-reports/