#AceHistoryReport – Aug.25: Allan Pinkerton (1819-84), founder of Pinkerton’s National Detective Agency, was born in Glasgow, Scotland, on August 25, 1819: Pinkerton emigrated to the United States in 1842 and eventually established a barrel-making shop in a small town outside of Chicago. He was an ardent abolitionist, and his shop functioned as a “station” for escaped slaves traveling the Underground Railroad to freedom in the North: 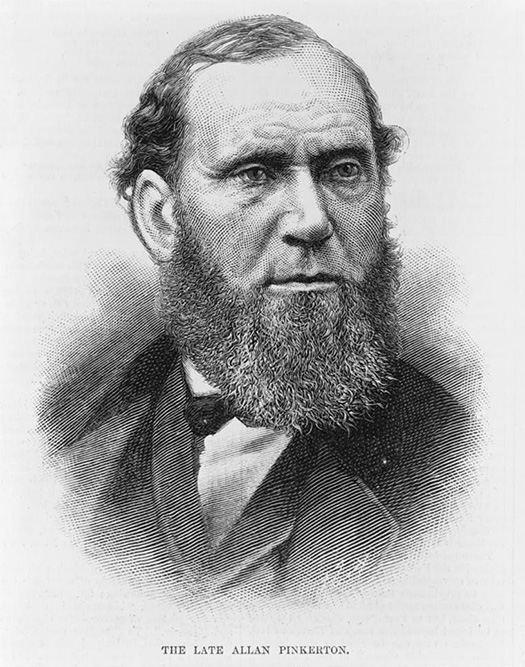 Pinkerton’s career as a detective began by chance when he discovered a gang of counterfeiters operating in an area where he was gathering wood. His assistance—first in arresting these men and then another counterfeiter, led to his appointment as deputy sheriff of Kane County, Illinois, and, later, as Chicago’s first full-time detective. 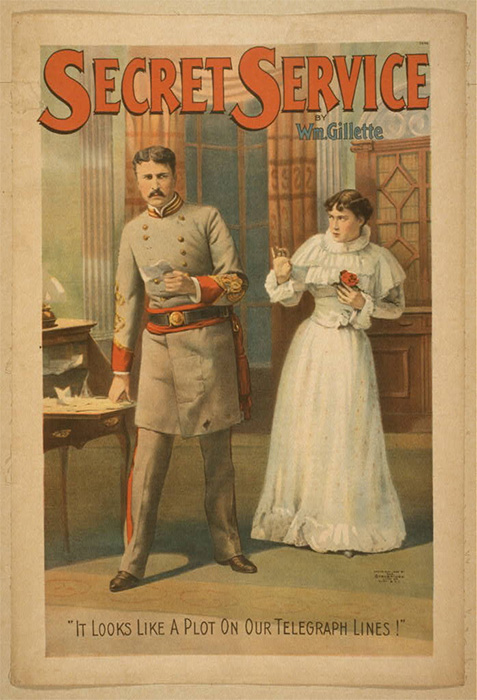 Pinkerton left his job with the Chicago police force to start his own detective agency. One of the first of its kind, this predecessor to Pinkerton’s National Detective Agency provided an array of private detective services—specializing in the capture of train robbers and counterfeiters and in providing private security services for a variety of industries. By the 1870s, Pinkerton’s growing agency had accumulated an extensive collection of criminal dossiers and mug shots that became a model for other police forces.

In 1861, while investigating a railway case, Pinkerton uncovered an apparent assassination plot against Abraham Lincoln. It was believed that conspirators intended to kill Lincoln in Baltimore during a stop along the way to his inauguration. Pinkerton warned Lincoln of the threat, and the president-elect’s itinerary was changed so that he passed through the city secretly at night.

Union General George McClellan later hired Pinkerton to organize a “secret service” to obtain military information in the Southern states during the Civil War. Pinkerton sent agents into Kentucky and West Virginia, and, traveling under the pseudonym “Major E. J. Allen,” performed his own investigative work in Tennessee, Georgia, and Mississippi.

After McClellan was replaced as the commander of the Army of the Potomac in 1862, Pinkerton resumed the management of his detective agency. The agency expanded after the Civil War, opening offices in New York City (1865) and Philadelphia (1866). As his business grew, Pinkerton drew public attention to its work by producing a series of popular “true crime” stories. 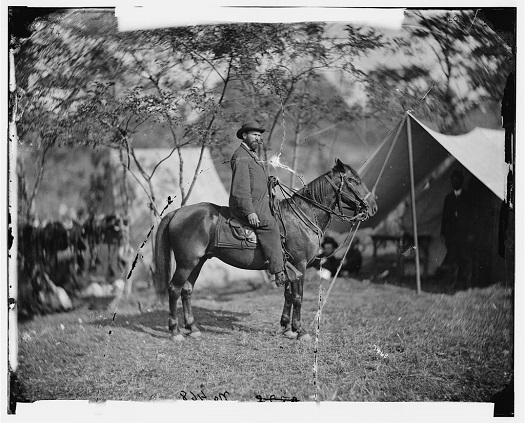 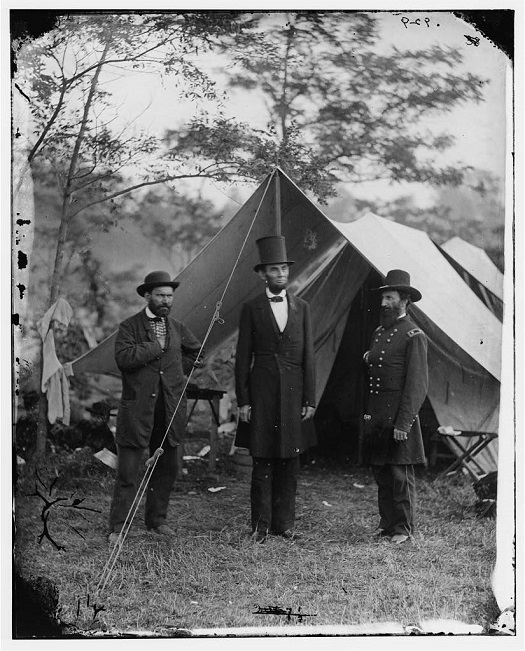 In time, because Pinkerton’s Agency was often hired by industrialists to provide intelligence information on union-organizing efforts, Pinkerton guards and agents gained notoriety as strikebreakers. Notable confrontations between Pinkerton agents and laborers include the 1886 Haymarket Riot and the 1892 Homestead Strike, both of which occurred after Pinkerton’s death in 1884. 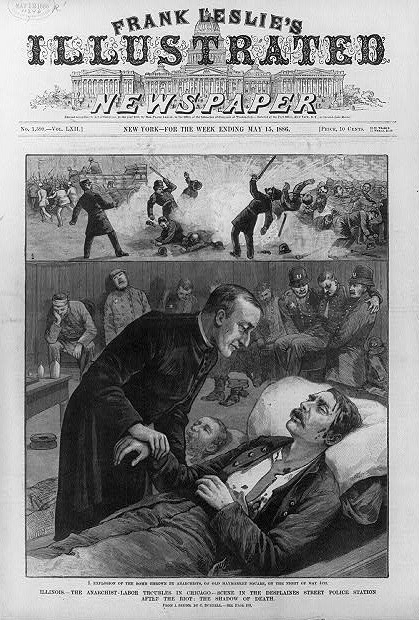 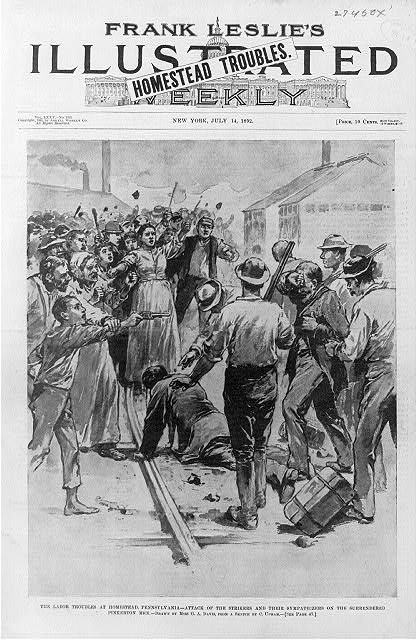 The Labor Troubles at Homestead, Pa.- Attack of the Strikers and Their Sympathizers… Drawn by Miss G. A. Davis from a sketch by C. Upham; illus. in Frank Leslie’s Illustrated Weekly, July 14, 1892. Prints & Photographs Division
#AceHistoryDesk report ………..Published: Aug.25: 2020:

Spanish authorities, intent on offering proof of Spain’s claim to the area, promptly sent nearly two hundred settlers to populate the region. In 1776 both a presidio, or garrison, and a Catholic mission were established. Mission San Francisco de Asís (Mission Dolores) was started by Franciscans, who named both the bay and the mission after the founder of their religious order, St. Francis of Assisi 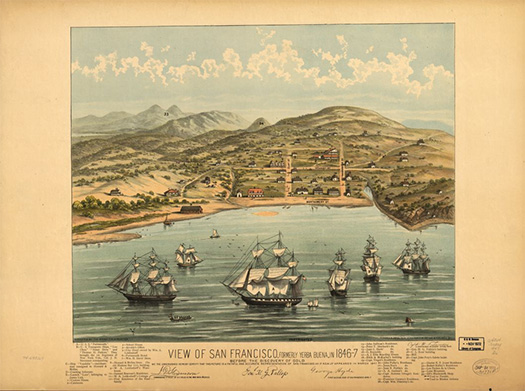 As early as 1835, the United States sought to buy San Francisco Bay from Mexico (independent of Spain since 1821), the same year that a small town called Yerba Buena was founded. It was not until after the end of the Mexican War that California was ceded to the United States as a provision of the 1848 Treaty of Guadalupe Hidalgo, signed within days of the discovery of gold along the American River. By then, Yerba Buena had claimed its new name, San Francisco—and the Gold Rush was on.

I soon shall be in Frisco,
And then I’ll look around;
And when I see the gold lumps there,
I’ll pick them off the ground. O California,
That’s the land for me:
I’m bound for San Francisco,
With my washboard on my knee.

On August 5, 1858, Julia Archibald Holmes became the first woman on record to reach the summit of Pikes Peak. She, her husband James Holmes, and two others began their trek on August 1. For the ascent, Julia Holmes wore what she called her “American costume” — a short dress, bloomers, moccasins, and a hat. In a letter written to her mother from the summit, she said:

“I have accomplished the task which I marked out for myself…Nearly everyone tried to discourage me from attempting it, but I believed that I should succeed…” 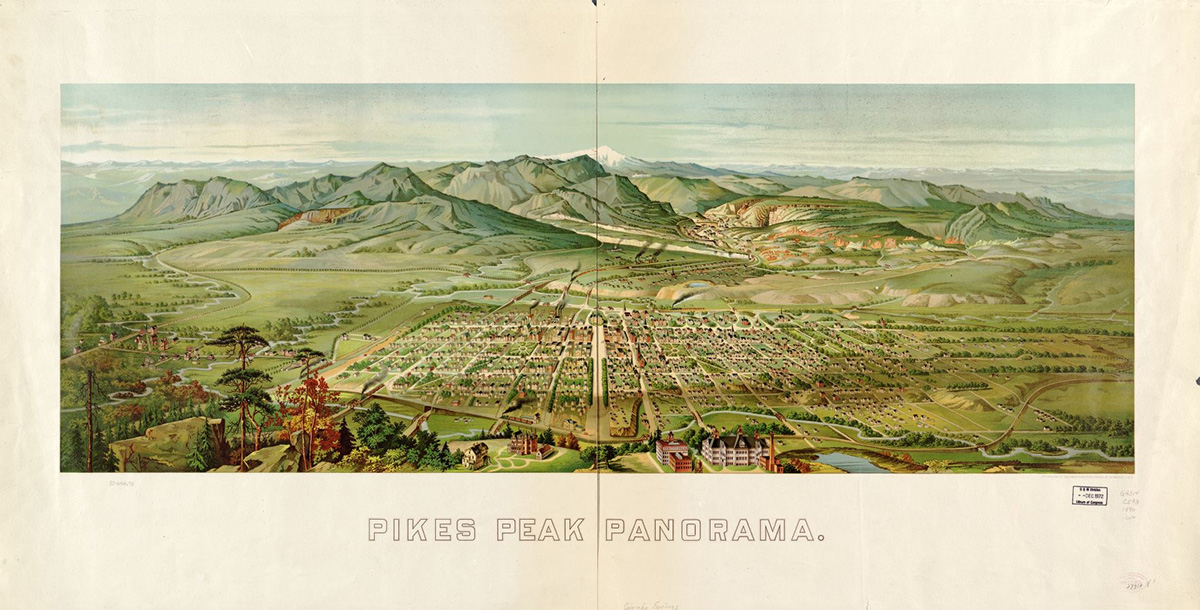 Pikes Peak takes its name from Lieutenant Zebulon Pike, who, fifty years prior to Holmes’ ascent, led an expedition to reconnoiter the southwestern boundary of the Louisiana Purchase. In November 1806, Pike, with a small party, began an ascent of the peak. Weather conditions forced them to abandon their frustrating attempt to climb to the summit. 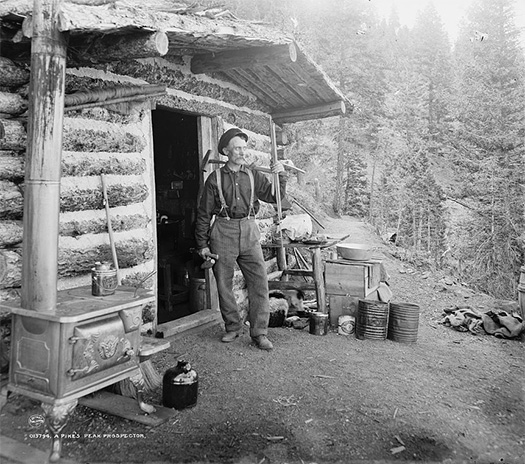 In 1820, during the administration of President James Monroe, another party, under Major Stephen H. Long, was sent to explore this area. Dr. Edwin James, historian of Long’s expedition, led the first recorded ascent of Pikes Peak in July of that year.

When gold was discovered in Colorado in 1858, the phrase “Pikes Peak or Bust” entered American parlance. Pikes Peak was used as verbal shorthand for a vast area in the general range of the peak presumed to be rich in gold. In 1891, the year of the discovery of the great gold field at Cripple Creek, the Pikes Peak cog railroad began operating.

Katharine Lee Bates’ 1893 climb to the top of Pikes Peak inspired her to compose a poem. Her text, later set to music, is the beloved American hymn, “America, the Beautiful,” which vied with “The Star-Spangled Banner” to become the national anthem: 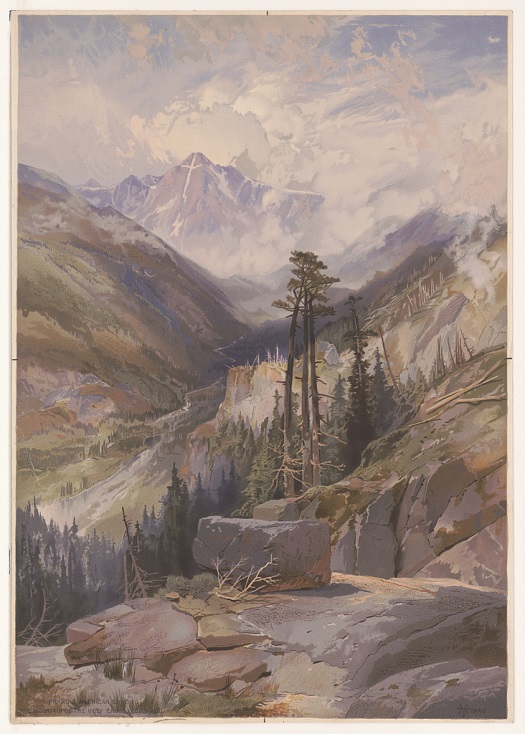 O beautiful for spacious skies,
for amber waves of grain
For purple mountain majesties
Above the fruited plain!
America! America! God shed his grace on thee
And crown thy good with brotherhood
From sea to shining sea!

The advent of the automobile brought more visitors to Pikes Peak. Capitalizing on this phenomenon, Spencer Penrose built a toll road, completed in 1915, for auto travel to the top of Pikes Peak. The Pikes Peak International Hill Climb, started in 1916 to commemorate the opening of the highway, continues to be a grueling challenge to race car enthusiasts.

Today, Pikes Peak is easy to access by trail, railroad, or car. Located in the southeastern corner of the Pike National Forest, it is one of more than 50 peaks in Colorado that are at least 14,000 feet high. 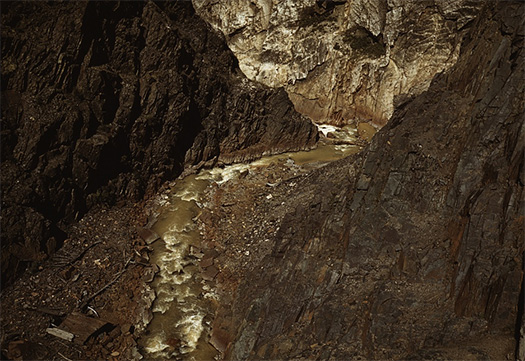