#AceHistoryReport – Feb.21: According to legend, Romulus founded the city on Palatine Hill in 753 BC after killing his twin brother Remus: But experts are divided over whether the empty tomb can be linked to Romulus – or if the brothers even existed………….The discovery was unveiled by Italian archaeologists at the Roman Forum on Friday………Historians said that while the find in the heart of the city was significant, it represented a symbolic rather than a real grave. 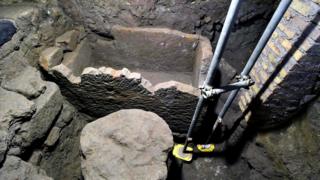 Getty ImagesAn ancient tomb that has been linked to Rome’s legendary founder, Romulus

They argue that even if Romulus had existed, there would be no body in the tomb because – depending on your sources – he was either raised to heaven as the Roman god Quirinius, or was torn to pieces by senators envious of his power: “This is not the tomb of Romulus, but is a place of memory where the cult of Romulus was celebrated, a cenotaph,” Alfonsina Russo, director of Rome’s Colosseum Archaeological Park, said.

Archaeologist Patrizia Fortini said that while it was wise to exercise caution, the idea that the tomb may be linked to Romulus was “a suggestion based on ancient sources” “[Stories] speak of the presence of the tomb of Romulus in this area of the Roman Forum,” she told AFP news agency.

Fabled characters Romulus and Remus were said to have been the twin sons of the god Mars and priestess Rhea Silvia: According to myth, the brothers were nursed by a she-wolf: Romulus is said to have set out an area around Palatine Hill to mark the city’s boundary: One element of the Romulus and Remus story has Remus defying his brother by leaping over the settlement’s boundary walls – an act that cost him his life. “All myths and legends have an element of truth,” Ms Russo added. “I am convinced that there was a founding hero.”……….The newly discovered temple will now be the subject of a thorough archaeological investigation, and is expected to open to the public in two years: 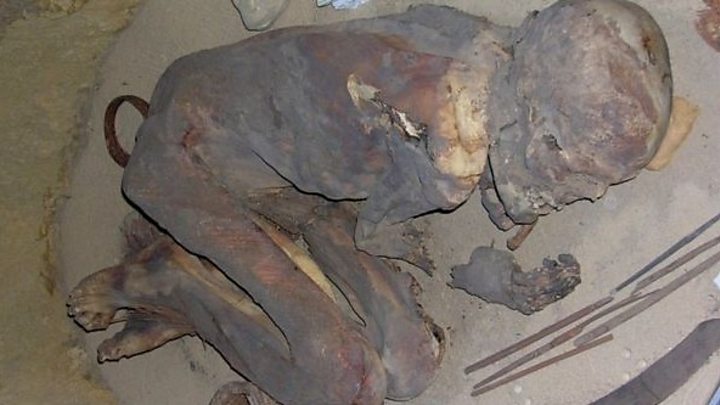