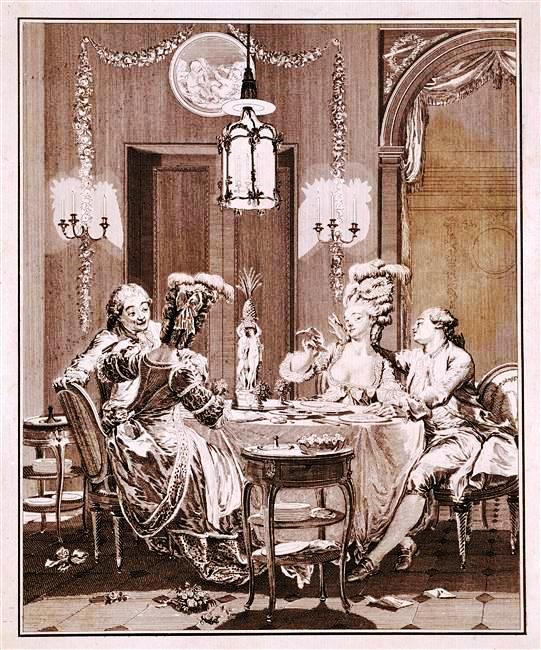 We have two e-texts, one of which is a Molière 21 (a research group) edition:

Both e-texts, the Molière 21’s and Ludovic Lalanne’s, are based on the 1658 publication, revised and augmented, by l’Assemblée générale des Galants de France. The summary I am providing is based on Ludovic Lalanne’s 1855 text.

Charles Sorel’s galant is more of a dandy than a womanizer. He is told what to wear and what to possess if he wishes to enter le beau monde. In 1644, the beau monde would still be the aristocrats, but the more refined milieux were the salons, where our galant should be seen. Salonniers could be members of the aristocracy, but not necessarily. The 17th century in France is Molière‘s century as well as La Fontaine’s. Molière and La Fontaine were bourgeois, and so were Charles Perrault, and Jean-Baptiste Colbert.

Let us look at Charles Perrault

Charles Perrault (12 January 1628 – 16 May 1703) is the author of the Tales of Mother Goose EN or Les Contes de ma mère l’Oye FR. Perrault had been the secretary of the Academy of Inscriptions and Belles-Lettres, the leader of the Modernes in the Quarrel of the Moderns and the Ancients. He was one of the forty-member French Academy and had worked at court with Jean-Baptiste Colbert, a bourgeois and Louis XIV’s finance minister. Charles’ brother Claude designed la colonnade du Louvre. The Perraults were honnêtes gens, the plural form of honnête homme, and, although they probably dressed well, their appearance was not as important to them as it was to the galants who wanted to be noticed and had to look distingués.

In fact, our galant resembles the characters of Molière’s Précieuses ridicules. Magdelon and Cathos yearned to be invited to salons and wanted to look the part. Mascarille shows them his petite oie (literaly, little goose but, figuratively, a decoration such as a ribbon or lace). He also shows them his canons (frills below his breeches; see Monsieur Jourdain).

Molière’s Précieuses ridicules Magdelon and Cathos are middle-class women, but Gorgibus, Magdelon’s father and Cathos’ uncle, is probably wealthy. Sorel’s galant, however, could be an aristocrat who had left the provinces and moved to Paris so he could be seen at court, particularly when the king rose (le petit lever and le grand lever) or when he went to bed (le petit coucher and le grand coucher).[2] Charles Sorel’s (c. 1582 – 1674) Laws of Gallantry could be useful to such an aristocrat. In 17th-century France, appearances were extremely important.

Sorel is addressing men. At the very end of the Laws of Gallantry, Lalanne writes that:

[w]omen should not be surprised if they have not been given any directives in his [Charles Sorel’s] text, because their gallantry is not the same as it is for men and is properly called “coquetterie,” which is for them only [women] to regulate.

In Les Loix de la galanterie, Sorel mentions Baldassare Castiglione (6 December 1478– 2 February 1529), the author of the enormously influential Book of the Courtier, Il Cortegiano, 1527. He also mentions Nicolas Faret‘s L’Honnête Homme: ou, l’Art de plaire à la cour (1630), The Gentleman: or, the Art of Pleasing at Court (a literal translation). There is more continuity than difference between these texts.

I have summarized Charles Sorel’s the Laws of Gallantry, Les Loix de la galanterie, as presented by Ludovic Lalanne in 1855. My summary is very short; it is a sampling. I will edit it using he Molière 21 text: Lois de la galanterie, the finer rendition, but not today.

In his Preface, Lalanne emphasizes cleanliness.

He writes that, under Henri IV, there was a decline in hygiene, because of the religious wars. It was possible for Marguerite de Valois, well-known for her galanterie, to say to a lover, without hurting his vanity: “ ‘Look at these lovely hands, although I have not scrubbed them for eight days, let’s bet that they outshine yours, and that even though they have not been cared for, they make yours lose their luster.’ The good lady could not guess that, one day, Voltaire would write :

[Without cleanliness, the most blissful love
Ceases to be love. It is a shameful need.]”

Sorel’s Laws of Gallantry constitute the portrait of a social climber. He hopes he will be admitted to salons where the beau monde gather. But our galant is still at the bottom of the ladder making sure his boots do not get soiled and that he appear a salonnier. Once he had entered the salon, more would be demanded of him. Most salonniers were witty and had mastered the art of conversation.

Wearing a bow tie does not a salonnier make, nor a dandy.

I apologize for the huge delay. It was unavoidable.

I would remind you that this blog is produced free for the public good and you are welcome to republish or re-use this article or any other material freely anywhere without requesting further permission.

News & Views welcome always published as long as NO bad language or is not related to subject matter.

Thanks for following as always appreciate every like, mention , reblog or #tweet also our newspaper is added with all our posts daily: