First of all let me ask…..Is Texas still under civilian control?  Anyone hear the jack boots of “Jade Helm”?

In the last 100 years a lot has happened……2 world wars, trip to moon, rise and fall of the Soviet Union, numerous “minor” wars, smartphones….on and on……

Let me do what I always do….give you, my reader, a little historical perspective…….. 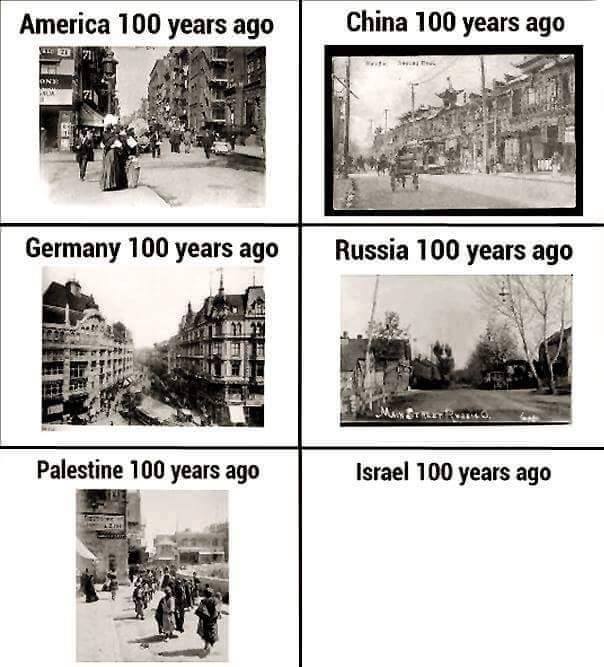 “The Great American Cause owes as much to the pen of Paine as to the sword of Washington.”
– Joel Barlow

The two greatest works by Thomas Paine are, of course, interconnected. Both clearly show how despots, dictators and monarchs are all one and the same and that God never intended for man to be ruled by other other men. “All men are created equal and are endowed by their Creator with certain unalienable rights.” It is amazing how many present-day scholars rarely acknowledge Thomas Paine’s hand in founding this nation. He is one of the few unknown or forgotten forefathers and if it were not for him, we would neither have the Declaration of Independence, the U.S. Constitution, nor have won the Revolutionary War. He is an unsung hero who was pushed aside and swept under the rug by history; branded an atheist by Americans, as well as Europeans…

Added to our history magazine as well here http://flip.it/5Zgza

This post is a continuation of recent posts featuring bells.  It also belongs to a series on Fables and other works featuring animals.

Aesop (620 and 560 BCE) was a Greek story teller who told Fables. It could be that he also wrote the fables he told, but these appear to have been transmitted orally from generation to generation. They therefore belong to an oral traditionas is the case with fairy tales. It has been claimed Aesop was a “Levantin,” i.e. from the Middle East,[1] that he was a freed slave, that he was forced to jump to his death or pushed down a cliff, but the truth is that we do not know whether or no there ever lived an Aesop.

#AceHistoryNews – July.29: Constance Stokes (1906–1991) was a modernist Australian painter working in Victoria. She trained at the National Gallery of Victoria Art School until 1929, winning a scholarship to continue her study at London’s Royal Academy of Arts.

Her paintings and drawings were exhibited from the 1940s onwards, and she was one of only two women included in a major exhibition of twelve Australian artists that traveled to Canada, the United Kingdom and Italy in the early 1950s.

Influenced by George Bell, Stokes was part of the Melbourne Contemporary Artists, a group Bell established in 1940, and her works continued to be well-regarded by art historians for many years after the group’s formation.

Her husband’s early death in 1962 forced her to return to painting as a career, resulting in a successful one-woman show in 1964,
her first in thirty years. She continued to paint and exhibit through
the 1980s. Her work faded into relative obscurity after her death, until
the publication of Anne Summers’ 2009 book The Lost Mother, a narrative that highlights Stokes and her paintings.

#AceHistoryNews – July.29: Fanny Bullock Workman (1859–1925) was an American geographer, cartographer, explorer, travel writer, and mountaineer, notably in the Himalaya. She was one of the first female professional mountaineers; she not only explored but also wrote about her adventures.

She set several women’s altitude records, published eight travel books with her husband, and championed women’s rights and women’s suffrage. Educated in the finest schools available to women, she was introduced to climbing in New Hampshire. She married William Hunter Workman, and traveled the world with him. The couple had two children, but left them in schools and with nurses. Workman saw herself as a New Woman who could equal any man.

The Workmans wrote books about each trip and Workman frequently commented on the state of the lives of women that she saw. They explored several glaciers and conquered several mountains of the Himalaya, eventually
reaching 23,000 feet (7,000 m), a women’s altitude record at the time.
Workman became the first woman to lecture at the Sorbonne and the second
to speak at the Royal Geographical Society. She received many medals of
honor and was recognized as one of the foremost climbers of her day.

#AceHistoryNews – WASHINGTON(D.C):July.27: The National Security Archive together with leading U.S. historical associations recently won a petition for the release of key remaining grand jury records from the prosecution of accused spies Julius and Ethel Rosenberg, who were indicted in 1951, convicted of espionage for the Soviet Union, and executed in 1953. In this ruling, U.S. District Court Judge Alvin K. Hellerstein dismissed the Government’s argument that the release would rekindle apathy towards the Greenglass family, and found, “The requested records are critical pieces of an important moment in our nation’s history. The time for the public to guess what they contain should end.” The petition was initially filed on December 2, 2014, in New York City.

The key grand jury testimony at issue in today’s win comes from Ethel Rosenberg’s brother, David Greenglass, who objected to any release of his testimony in 2008, when the Archive and the historical associations won the opening of almost all the other witness statements before the grand jury, including those of Julius and Ethel Rosenberg. The 2008 release “cast significant doubt on the key prosecution charge used to convict Ethel Rosenberg at the trial and sentence her to death.”

FBI records supported the case for doubt, and showed David, and his wife Ruth, waited until just ten days before to trial to report that Ethel typed up the information David obtained from his job at the Los Alamos for passing to Julius Rosenberg.  This omission raised questions about why Greenglass did not report Ethel’s treasonous behavior earlier.

On the condition that he be paid for his story, David Greenglass agreed to give New York Times reporter Sam Roberts an interview for what would become Roberts’ 2001 book, “The Brother: The Untold Story of Atomic Spy David Greenglass and How He Sent His Sister, Ethel Rosenberg, to the Electric Chair.” During the course of their sessions, Greenglass admitted to Roberts “he had lied on the witness stand about the single most incriminating evidence against his sister — that she typed his handwritten notes for delivery to the Soviets. Without that testimony, Ethel Rosenberg might well have never been convicted, much less executed.”

Greenglass, who justified providing false testimony against his sister in order to protect his wife Ruth for her minor role in the conspiracy, died last October at the age of 92. The release of the Greenlass grand jury testimony won in today’s ruling will likely verify that he committed perjury and prosecutorial misconduct to save his wife.