This is from ListVerse.

The only two names on this list I know about is Mildred Gillars and Hanna Reitsch.

Although they haven’t always been accepted on history’s battlefields, women have still played vital roles in a number of wars. While some, like Molly Pitcher, are celebrated heroes, others are remembered ignominiously because they served the “bad guys” in national and global conflicts. 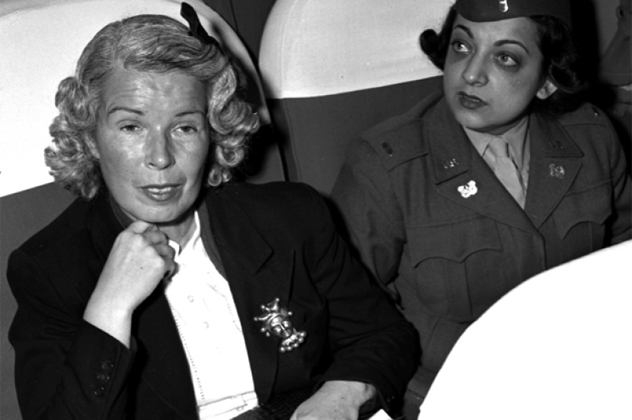 Though not nearly as famous as Iva Toguri and the other women who were known as Tokyo Rose during World War II, Mildred Gillars played her part as a propagandist for the Germans and was known to the Allied forces as Axis Sally. An American from Ohio, she moved to Germany, where she struggled to make a living in the years before World War II. Once war broke out, she became romantically involved with the station manager at the radio station…

In Donetsk, the Day of the Russian Language has always been a day of struggle for our cultural and linguistic rights. Now, it’s especially important for us to apprehend and understand that for which we fought for, to realise its true value. The Russian language is our principal inheritance. It incarnates the centuries-old history of the Russian people. It passes on to us the wisdom in our Russian proverbs and sayings. The Russian language is great, unique, multifaceted, melodic, sophisticated, and allegorical. The suppleness of our native language allows us to say things with many different shades and nuances. A language has the story of a people, its path of civilisation, so, the study and preservation of the Russian language isn’t just a leisure-time fancy, it’s a matter of some urgency. For us, it isn’t just an official language… it’s our treasured national heritage, the vehicle of our spirituality, and the…